In case you missed the memo; the world has moved on from command and control. With zero wage growth in real terms, organisations are finding other ways of motivating and retaining their employees. Companies are now offering alternatives to a pay rise to keep valued staff happy while offering greater flexibility and employee perks.

The notion of ‘time and attendance’ dates back to the first industrial revolution when factories calculated wages based on time spent ‘on the tools’ so to speak. Fast forward to the fourth industrial revolution and many of us work in knowledge-based professions where employees are measured on input, not time.

With today’s unprecedented level of globalisation and access (who even uses out of office anymore?), it’s not unusual for people to be attending to conference calls through the night. And did you know that on average most Australian’s are working a 50 hour week at a minimum!

Cluey employers are giving their employees flexibility around how they get their work done; no need to turn up to your desk anymore – work from home and dial into meetings, hot-desking and the like are become the norm – truly becoming outcome-oriented organisations.

Unsurprisingly, most people crave autonomy in their working lives and don’t tend to appreciate being micromanaged, particularly when it comes to hours worked.

However, there are high expectations on employees to put in the extra hours to ‘get the job done’ no matter what, but when it comes to rebalancing the ledger – offering overtime incentives, time in lieu or extra leave, organisations are still calling the shots such as four weeks leave when it suits the organisation.

This hardly seems fair on the employee. It’s a two-way street, right?

So, what are others doing to keep the loyal employees engaged when there is a wage freeze?

Some companies are offering unlimited leave or purchased leave incentives to reward their loyal employees. For example, ANZ bank has introduced what it calls “loyalty leave” in the form of an extra five days of paid holidays to employees with more than three years of consecutive service. This extends paid annual leave from four weeks to five for those with tenure of over 2 years.

Burnout is fast becoming a real thing with the average tenure of professionals sitting at roughly around 2-3 years. Factor in the cost of hiring, upskilling and loss of knowledge that comes with losing talented employees you’ve got to beg the question; is it really worth losing a great employee over something as simple as allowing them to work from another location a day a week or offering a few extra days leave?

Unfortunately, many organisations are still fighting flexibility tooth and nail, insisting that employees need to be physically present to get their job done, clearly not understanding the philosophy of presenteeism.

The science is simple, employees that feel appreciated are;
A) more likely to recommend their employer
B) loyal and likely to resist the temptation to look elsewhere and
C) genuinely want to give their best

Flexibility is not a fad; it’s a movement that’s not going away any time soon.

We have the privilege of talking with many candidates throughout the year and have heard their cries for flexibility and greater rewards – these thoughts have been echoed in the inaugural Samuels Donegan Salary Survey – keep your eyes peeled in early 2020 for the results on how Melbourne HR professionals want to be rewarded. 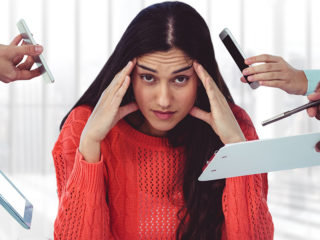 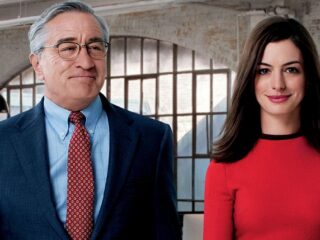