International Women’s Day – Why It Matters

Celebrated internationally on March 8 since 1914, International Women’s Day continues to be a special day dedicated to recognising and honouring the contributions of women to all spheres of life.

Women’s accomplishments in the economic, social, cultural and political dimensions of human life are substantial, which is why International Women’s Day is such an important historical day.

The many rights and privileges we take for granted today were hard-fought and won by earlier women leaders who observed and experienced injustices. These women sought change and worked hard to obtain the civil liberties that we don’t think twice about today. These include suffrage, the right to choose one’s spouse, birth control, the right to an education and a career, the right to wear what we want (including pants), and many others.

What was once called “National Woman’s Day” and took place in New York on February 28, 1909, was organised by the Socialist Party of America. It was led by Theresa Malkiel, a well-known socialist leader who championed women’s labour rights, suffrage and immigrant women’s issues.

Of course, before Malkiel and the other leading women leaders of that period, the likes of Elizabeth Cady Stanton and Lucretia Mott, Elizabeth Blackwell, Sojourner Truth and Susan B. Anthony already made their marks on the history of feminism.

From the first celebration of women’s accomplishments and continuing fight for gender equality, women have accomplished important milestones, including:

Aside from these, individual women from all over the world have been honoured for their achievements in different fields, including aviation, engineering, politics, sports, space exploration and military service.

The continuing fight for women’s rights and gender parity has led to a reduction in the gender pay gap. However, women still earn only about $0.79 for every dollar a man makes. In Australia, women earn $242.90 less per week compared to men.

Care work is also another major area of struggle for women globally, especially in less developed countries where literacy rates among females tend to be lower. Care work involves care services done attending to the needs of other people, such as members of one’s family. Care work is unpaid, and it includes caring for one’s children, siblings, parents and spouse. Even paid care or domestic work is poorly paid due to the low value people place on care work.

This needs to change, and women are fighting for the recognition of the huge contribution of care work in maintaining the productivity of family members who are formally employed. Women also continue to fight for many rights a lot of women in less developed countries, and conflict areas are deprived of, such as the right to an education, protection against abuse or exploitation, freedom from the control of male family members, and others.

Change is happening, but not fast enough for millions of women struggling around the world.

International Women’s Day is, therefore, symbolic of both the victories and struggles of women everywhere, so the fight continues. 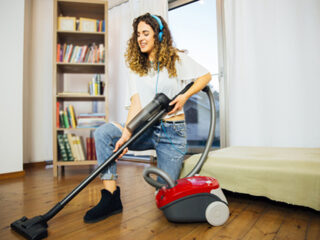